IT in Business - The New Mantra for the CIO

The Role of DCIM in a Lean, Clean and Mean Data C

Technologies Taking Industries to the Next level o

Asia's Growing Role in Technology IPOs Will the Balance of Power in the Tech World Move to the East? 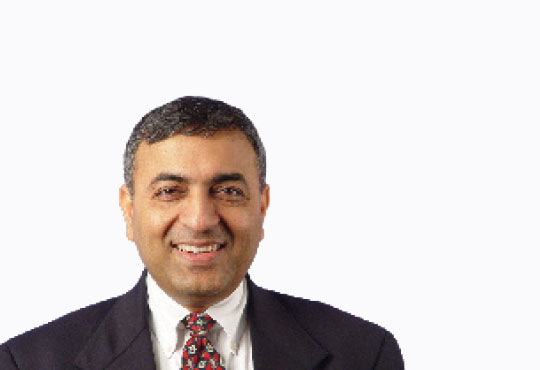 Ask investors, analysts and executives to name the most innovative industry and most will say technology. Disruptive innovation creates new opportunities for growth for innovators and rapid deceleration of fortunes for those that cannot keep up.Most will also advise to look at startups in the technology sector to find real innovation. Innovation thrives in an environment free of barriers and restrictions, one that encourages pure creativity and problem-solving without getting bogged down in process, structure or bottom line. A mature company—no matter how innovative the culture—faces a number of barriers, from rigid R&D processes to risk-adverse shareholders and the need to protect current products and profits. Consequently, startup companies have been at the forefront of disruptive innovation. The U.S., and in particular Silicon Valley, is home to some of the most innovative technology companies over the past four decades, witness Apple, Intel and HP for example. Validation of innovation at startups often results in a successful initial public offering of its shares.

From a historical perspective, the technology industry sees a new inflection every 14-15 years. From 1959-1976, the focus was mainframe computers. The mid-70s to early 90s was the heyday of the PC, followed by the network and Internet boom. In 2008, mobile computing emerged. As a keen observer of and participant in the ever-changing technology industry, I look to venture funding and IPO trends for hints on what the next inflexion point might be, so let’s look at some of the past years’ data on global technology IPOs.

Technology IPOs - A Shifting Landscape
Measured by number of companies, from 2010 to 2012 a total of 265 technology companies completed their initial public offerings with gross proceeds of at least $40 million each. China accounted for 56 percent of these IPOs, almost double that of the U.S. (See Figure 1). As recently as five years ago, that would have been unheard of. The U.S. has traditionally dominated the tech IPO market. However, the numbers suggest that U.S. domination is slowing down and the East is on the rise when it comes to IPOs. Further, Chinese capital markets and stock exchanges are playing an increasingly larger role in the IPO process. During 2010 to 2012, for example, 148 Chinese companies completed their IPOs, and 118 listed on the Shenzhen exchange. In contrast, during the same period, the U.S. exchanges accounted for 107 technology IPOs.

When measured in terms of proceeds, the IPO picture changes, with U.S.-based companies accounting for 48 percent of the total proceeds raised as compared to 31 percent for the China-based technology companies. (See Figure 2) This suggests that more disruptive innovations are still occurring in the U.S. The greater the disruption caused by a company, the higher its market value tends to be and hence the larger the proceeds. The U.S. numbers were clearly favorably impacted by the 2012 $16 billion Facebook IPO. Facebook’s high proceeds were a direct function of the disruption caused by its innovative social media platform. Exclude Facebook, however, and Chinese technology companies would have led in total proceeds.

The number of technology IPOs from Asia—and in particular China—is on the rise, but many are not as robust as those in the U.S. and elsewhere in terms of market valuation and proceeds raised. Because of a traditional low cost-base, many Asian startup technology companies historically have competed primarily on price, which does not result in a financially strong company capable of growth and able to withstand global economic volatility and strong competition. We expect this trend to change over the next few years as Asian companies put more focus on product functions and features, yielding higher margins and healthier balance sheets.

Sector Growth – A Reflection of Macro Trends
A look at the sector breakdown for IPOs over the last three years proves interesting. (See Figures 3 and 4) The Semiconductor and Solar Energy sectors accounted for just over a quarter of all technology IPOs over the three-year period, with most coming from and occurring in China. The Semiconductor sector has been at the center of all major technological evolutions and is clearly playing a key role in the ongoing mobile technology revolution. Another effect of the mobile computing trend can be seen in the low number of IPOs occurring in the Computers & Peripherals sector. As consumers and enterprises continue to focus on tablets and smartphones, the market for traditional PCs continues to shrink, along with the success of startups in these areas. Two more industry trends—cloud computing and social media—are contributing to the solid growth seen in the Internet Software & Services sector.

What’s Next?
While no one has a crystal ball and a game-changing innovation could be just around the corner, it’s safe to say that Asia—and China in particular—will continue to play a growing role in the global technology industry as the indigenous companies there mature and local capital markets continue to actively support them. Silicon Valley will no doubt continue to play a meaningful role, nurturing startups and industry innovation as it has always done. But as the technology landscape expands, companies, investors, analysts and even consumers will also have to expand their viewpoints in order to have a clear and complete picture upon which to make decisions.

IT services
Transitioning from CRM to CEM: A Road Map

Unlocking Growth Via Digitalization Of The Energy & Utilities Sector In 2022

From Power to Lifestyle - The Future of Solar Bright and Exciting

Digital Disruption - To Drive Next Wave Of Renewable Industry Transformation

IT Services Outsourcing - Challenges to Conquer